Rewriting the mobile app — when is it necessary?

At FiveDotTwelve, we had different types of clients who already had a mobile app. But for various reasons they wanted to rewrite it or we decided that there are no other options. Also, sometimes clients want to e.g. improve and develop the MVP further. But then it turns out that it’s impossible or unprofitable and the significant part or even the whole code needs to be rewritten. This article is both for those who want to rewrite and get to know if it’s a good idea. It’s also for those who want to develop further but take into account that rewriting the mobile app might be necessary.

The first thing that you should do is to consider if you really should accede with this. Answer two questions: Why do you want to rewrite your app? Do you have a good reason?

Here are the examples of good reasons to proceed:

Whatever you decide to do, choose the right people

Just make sure that it’s worth rewriting the app by entrusting the assessment to an experienced company. They know if the code is appropriate to develop or it can’t be used anymore. The mobile app development company should review the condition of the application and advise you about this case. Maybe the rewriting isn’t essential here. You should consider changing some parts of the code, some features or the design. Maybe there’s no need to start everything all over again.

So whatever you want to and decide to do, choose a company that is well experienced and does take care of the advisory process. If you want to know how to choose the best software house for your project, we’re also writing about it in Changing the partner for my project in mobile app development.

Why can’t we develop the app instead of rewriting it? 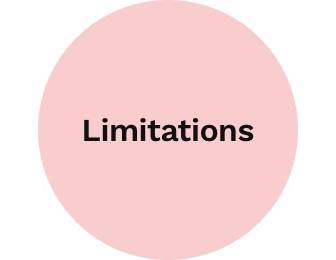 Sometimes clients come to us with the idea of developing their app but after analysis they hear from us that it’s better to rewrite it and do everything from scratch. Why does this happen? It’s not about searching for opportunities to make more money by the software house. The experienced team knows where's the border between a code that can be developed and one that by being developed might do more harm than good.

So, audit your code, entrust it to professionals who will tell you whether it’s possible to proceed or not. The app you already have might not be able to handle your business plans. So maybe just refreshing it in terms of features and design will help.

It’s not incompetence when they say that your app is written in iOS 9 and it’s simply not profitable to migrate it to iOS 14. Because it would take too much time. If you have the MVP which didn’t succeed, there’s also probably no point in trying to develop it without changing most of the features. It will also be hard without workshops and better understanding the market and target users. And if most of them require changing, it might be more effective to start from scratch. Especially if you want to have the opportunity of developing it further in a faster way in the near future. Even if the purpose is good, sometimes it’s worth trying once again.

Whether you decide to start over or to develop further, the process looks quite the same and we’re writing about it in How to proceed with mobile app development. Each situation must be treated individually, there is no fixed template on how to proceed in particular cases, so if you have doubts, don’t hesitate to contact us and ask for advice.